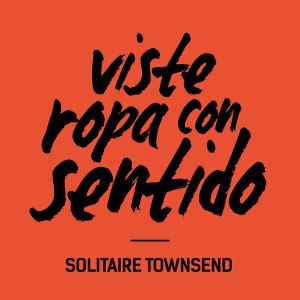 A quote used by the Fashion Revolution movement that makes a lot of sense in crowdence.com/astrotouristing/

We can and should dedicate a small section to a topic that tourism doesn´t seem to be associated to or we do not usually associate with it, although it is intimately related through one of its manifestations: the souvenir. I am referring to the textile sector.

That is why our crowdfunding campaign #darkchristmas promotes the fight against light pollution and we make a whole statement of intentions about the type of textile production that we choose for our clothing lines. We use an organic cotton shirt model and inks without phthalates, nonylphenols nor heavy metals.

The social sensitivity and previous volunteering, with training included as a gift from FASHION REVOLUTION SPAIN has meant a turning point in spite of going against the current in the entrepreneurial environment. But this is only possible if you opt for this consumption that is usually believed to be more expensive but buying cheap … are not the consequences the highest price all of us we are paying? The production of a conventional cotton t-shirt employs about 2,500 liters of water, the equivalent of 10,000 glasses of water that we usually use, in addition to the toxic substances that are emitted in the process and its distribution and the residue that remains (takes ideas to reused it in our Pinterest ASTROSOUVENIRS REUSINGIt is clear that in this fast and low cost world something is failing and climate change shows it us  … Even in our Instagram we use the slogan #savetheseasons 🙁

If in addition to participating in the campaign -and you know that it has a reward in our travel agency- you decide to apply this orientation in your clothing consumption in general, do not hesitate to sign DEMAND A MORE HUMAN, ECOLOGICAL AND ETHICAL FASHION.

#bestarfriendly and #beskylover are #beecofriendly … and also #belegalfriendly since ASTROTOURISTING is also part of the KNOWCOSTERS movement that promotes the protection of the Welfare State by recognizing the economic initiatives that are taxed in the country, in this case Spain, in the face of tax evasion by paying taxes or through bad called collaborative economy, which may be an alternative way out of a lack of job and an application of technological development by eliminating intermediaries, but collaborating with what is said to collaborate contributes little to the common good of all.